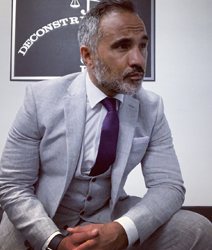 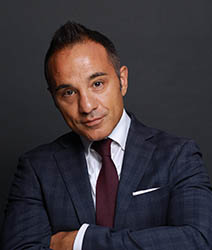 As an attorney, Mr. Prestia has become a voice for the voiceless for those who have had their rights trampled upon by our criminal justice system. As such, Mr. Prestia has been recognized as one of the preeminent New York City attorneys in his field. In 2016, 2017 and 2018 he was selected to the New York Metro Super Lawyers list by Thompson Reuters Magazine for his efforts in Criminal Defense and Civil Rights litigation.

More than just a lawyer, Mr. Prestia has been an advocate for reform. He has stood and spoken with leaders of Congress in support of changes to criminal justice legislation.  Recently he participated at the American Justice Summit and at the National Association of Criminal Defense Lawyers during their annual conferences.

In addition, Mr. Prestia is had made frequent speaking appearances at many law schools and universities throughout the U.S., including, UCLA, University of Miami Law School, Howard Law School, American University School of Law, and Georgetown, discussing his career and role in reforming the criminal justice system.

Mr. Prestia is most recognizable for his work in exposing the shortcomings of Rikers Island jail during his representation of Kalief Browder. Mr. Browder’s tragic story became ingrained in the national landscape after his death in 2015.  Mr. Prestia was featured as Kalief’s attorney and friend,  in the 2017 docuseries Time: The Kalief Browder Story, which debuted on Spike Television last spring.

Mr. Prestia is admitted to practice law in New York and in Federal Court Second Circuit, Southern and Eastern Districts. He received his Juris Doctorate from St. John’s University School of Law and began his career as a prosecutor in the Kings County.

The information on this website is for general information purposes only. Nothing on this site should be taken as legal advice for any individual case or situation.
The viewing of this website does not constitute an attorney-client relationship. Attorney Advertising: Prior results DO NOT guarantee similar results.

Not only is Mr. Paul a well qualified and competent attorney, he is also a great person. He represented me during a very difficult time in my life, and always made time for my phone calls. I was treated kindly and with respect both personally and professionally. Highly recommended!

Paul does a very good job working with the client on the case at hand. I am in a rare situation and am happy and confident Paul is representing me.

Paul tells it like it is. Hes real you know. He breaks your case down and takes care of buisnus in court. Got my case dismissed in s minute. Hes a real cool dude

Got a pleabargain and a fine instead of jail time

Disclaimer The information on this website is for general information purposes only. Nothing on this site should be taken as legal advice for any individual case or situation. The viewing of this website does not constitute an attorney-client relationship. Attorney Advertising: Prior results DO NOT guarantee similar results.